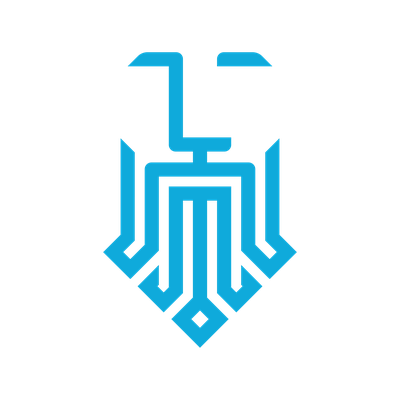 Back Burner
Jeremiah Goerdt — 3 years ago
I've been dreading writing this post because it's time to put Lysa on the back burner.

In the interest of avoiding beating around the bush, I'll make this short and sweet. The main reason is that I got a job. No more stay-at-home neckbeard dad toiling away in his basement.

My new job title will be "Operations Research Analyst," and the position is with the US Department of Homeland Security. The federal government here in the states doesn't like to move quickly, so it might be a while before I officially start work, but it could be right around the corner. v0v

Jeroen and I have talked a bit about what the near-to-mid-term future looks like for Lysa, and we have decided to take things slowly. As we make changes, we'll keep you updated.

Life Never Stops
Jeremiah Goerdt — 3 years, 2 months ago
Well, eventually it will. But for now, it's getting in the way of streaming.

Technical difficulties, and family coming into town are putting me into a bit of a Twitch vacation. The work won't stop, but the streams will have to for now.

The Streams are Back!
Jeremiah Goerdt — 3 years, 3 months ago
It's been too damn long, but I am finally getting back into a solid workflow, and I'm streaming regularly again. For now, the schedule is Monday - Thursday starting at 1:00 US Central time. I also try to stream in the evening as often as possible, but that isn't guaranteed. Come follow and enable the notifications so you'll know when I'm live ;-)

Lately, I've been trying to hack together a ghetto version of debugger profiles that let you customize how you debug your project. It's an idea I stole from Casey's video, and it's super buggy right now. Once I get it ironed out, the next step will probably be some serious bug hunting, since those pesky bastards are starting to add up.

Thanks for reading. This isn't the biggest update, but the momentum is building! See you in the stream chat, o7
Read More →

The Move is Over
Jeremiah Goerdt — 3 years, 4 months ago
Well, it's *almost* over. We're still unpacking and settling in. You might be surprised at how much random stuff there is to do when moving a family to a new house, in a new state, with new schools, and on and on. There is always more crap to do around the house.

I'm ramping up to starting Lysa streams again, and working on getting my work machine back up and running. Unfortunately, it has taken longer that I wanted it to take. I'm still standing next to piles of boxes and a todo list long enough to last me another month, just to settle in.

BUT, it's almost time to settle into a permanent workflow in my new office with a new chair (who knows when it'll be delivered...). I'm pumped, because it will be a *very* long time before there are any large moves again.

It's gonna be good. Lysa will ship this year, and it will be time to start iterating.

P.S. The debugger will definitely need some early, dedicated users to get the ball rolling when we near launch day. ;-)
Read More →

Potential IDEs
Jeremiah Goerdt — 3 years, 6 months ago
Inspired by Per Vognsen's streams (Bitwise is an awesome project), I've started dabbling in VS Code and CLion to get a more integrated debugging experience, and I'm trying to decide which one to use regularly.

One reason for the experiment is to improve my workflow. This week has been a pain in the ass for debugging and building, but moving over to CLion using CMake has helped a bit. The initial setup wasn't fun, but I've had worse. I haven't setup VS Code for working on Lysa yet, but I have played with it a little for Rust. I suspect that I'll have a hell of a time getting Lysa to build using VS Code. By the way, why does the configuration of Code have to be such a pain in the ass? It's much better in CLion.

As for the debugging experience, there are some issues so far. It doesn't look like there is a neat way to start the debugger and run to my cursor. The workaround that I've come up with so far (but haven't tested) is to configure a key binding that does it all for me.

Unfortunately, I would have to make sure there is a breakpoint on main() at all times. I'll just have to see if this sort of "combo" key binding is possible in either IDE.

Do you use VS Code or CLion? Do you have opinions on one, the other, or both?

Lastly, I wanted to mention that I am thinking more about what the source window will allow. Initially, you won't be able to edit text (that stuff is hard!), but maybe that will change later down the road...

And of course, once the Lysa library is ready, there might be some editors out there that would pair quite nicely.
Read More →
1 2   ...   5 Next